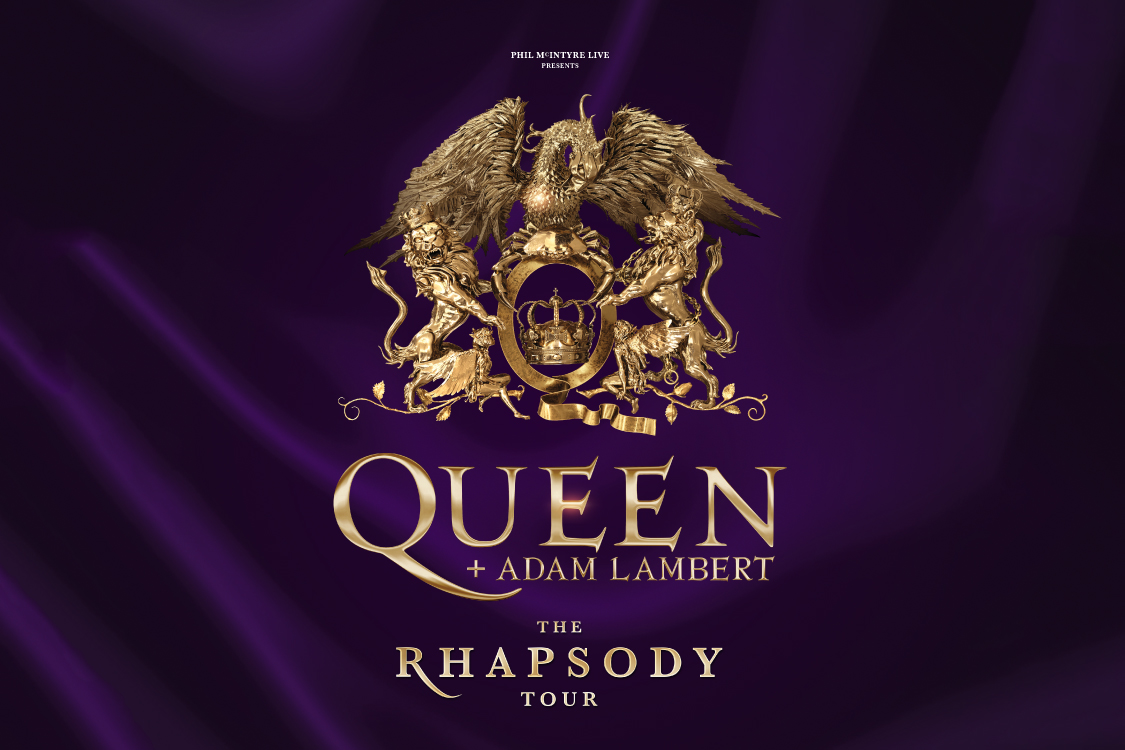 Having well and truly rocked North America with 25 giant shows across Summer 2019 which drew universally ecstatic reviews – “it’s loud, it’s fun, and it’s unforgettable” - and played to sold out audiences totalling close to 400,000 spectators, Queen + Adam Lambert have announced that they will bring their brand new, hugely anticipated “Rhapsody” concert experience to The O2 in June 2022.

In what will be their first European dates since the worldwide box office sensation that was the “Bohemian Rhapsody” film.

The all-new “Rhapsody” show, already hailed as “a marvel of technical advances,” will arrive in the UK and Europe in late spring, as Queen original band members Brian May and Roger Taylor team up once more with longtime front man Adam Lambert on lead vocals to perform shows across nine countries from late May into early July.

Over the “Rhapsody” tour, European audiences will at last have the chance to see the epic new show which has drawn awe and acclaim all through its North American run, and became Rock’s hottest ticket of the year in the USA.

By entering this Prize Draw you are in with the chance of winning 1 of 16 pairs of VIP suite tickets to see Queen and Adam Lambert on Friday 17 June 2022 at The O2, London. The prize includes entry to The O2 Blueroom, a concierge service and entry to the O2 suite where you can watch the show. Food and drink will be provided in the suite. Winners will have to provide their own travel and/or accommodation.

In the unlikely event that this event is suspended, postponed or cancelled, we will do our best to find an alternative prize.

Eligibility Criteria: The promotion is open to members of Priority who are UK residents age 16+. One attendee from each party must be 18+.

Prize: Entry into this Prize Draw offers you the chance to win 1 of 16 pairs of VIP suite tickets to see Queen and Adam Lambert on Friday 17 June 2022 at The O2, London.

Once the prize has been drawn, the promotion will stay live for at least a further 24 hours to allow you to check if you have won.

These terms and entry instructions incorporate and apply in addition to, the General Terms applying to all Priority Prize Draws (see https://www.o2.co.uk/termsandconditions/rewards/o2-priority-prize-draws-general-terms-and-conditions). In the event of a conflict, the General Terms shall take precedence. This Prize Draw is governed by English Law and is subject to the exclusive jurisdiction of the English courts.

If you no longer wish to receive notifications from Priority, turn this feature off in your device settings.