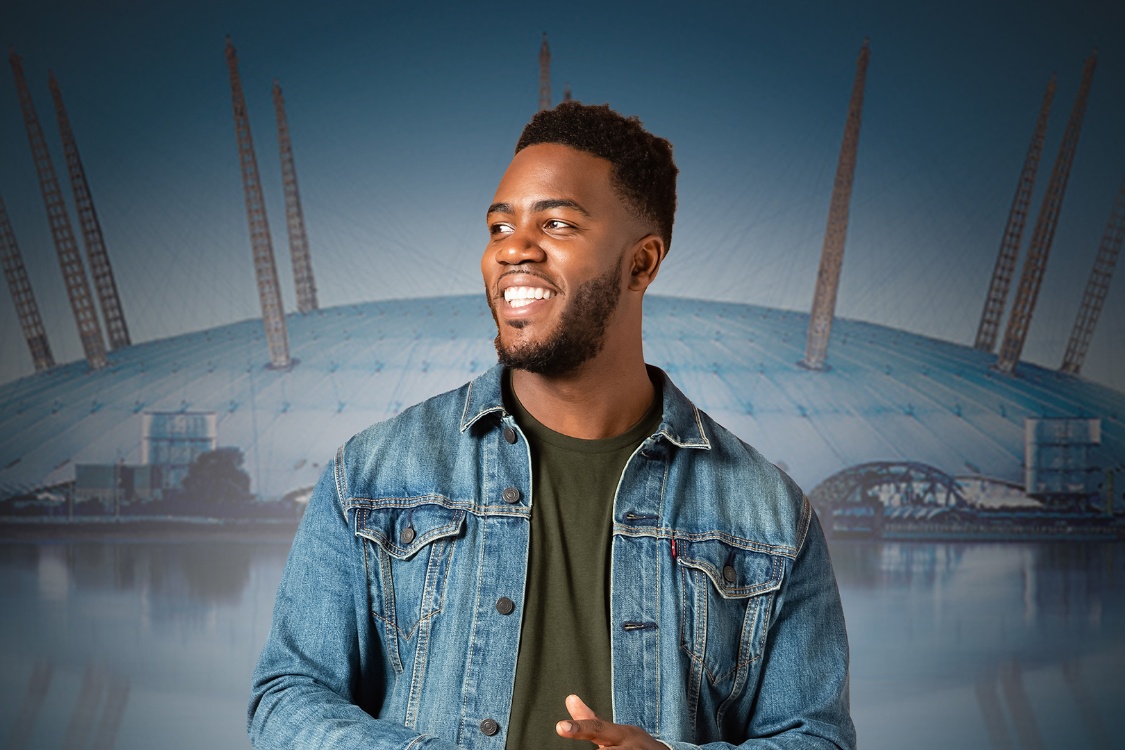 Mo Gilligan is set to headline the biggest show of his career so far.

The BAFTA winner is set to take over The O2, London where he will be bringing headline stars from the Black British circuit with him.

The Masked Singer judge and social media mega star, who is now one of the UK's most celebrated comedians, said of the upcoming show, "I’m really proud of the Black British comedy circuit that I started on."

"The talent on this scene is exceptional, but all too often ignored by mainstream media, so what better place to showcase the culture than the most famous venue in country? We’re ready to bring the Great British Public a show like you’ve never seen before."

The O2 event is part of The O2’s Welcome Back Shows, and will also be filmed for broadcast.

It's been an incredible few years for Gilligan, who won the Entertainment Performance Award at the 2020 BAFTAs for his Channel 4 series, The Lateish Show with Mo Gilligan.

His debut Netflix Original Stand Up Special Momentum was globally released in 190 countries, and his There’s Mo To Life Tour sold out in record time, including nine sell out shows at London’s Eventim Apollo.

By entering this Prize Draw you are in with the chance of winning 1 of 18 pairs of VIP suite tickets to see Mo Gilligan & Friends on Wednesday 08/12/21 at The O2, London. The Prize includes entry to The O2 Blueroom, a concierge service and entry to the O2 suite where you can watch the show. Food and drink will be provided in the suite. Winners will have to provide their own travel and/or accommodation.

Enter now for your chance to win - good luck.

Eligibility Criteria: The promotion is open to members of Priority who are UK residents age 16+. At least one of the attendees must be 18+.

Prize: Entry into this Prize Draw offers you the chance to win 1 of 18 pairs of VIP suite tickets to see Mo Gilligan & Friends, The Black British Takeover on Wednesday 08/12/21 at The O2, London.

The names of all Priority’s Prize Draw winners are hosted here: http://www.promowinners.com/o2priority/ - these details are updated as quickly as possible once our winners have been confirmed. Once the prize has been drawn, the promotion will stay live for at least a further 24 hours to allow you to check if you have won.

These terms and entry instructions incorporate and apply in addition to, the General Terms applying to all Priority Prize Draws (see https://www.o2.co.uk/termsandconditions/rewards/o2-priority-prize-draws-general-terms-and-conditions). In the event of a conflict, the General Terms shall take precedence. This Prize Draw is governed by English Law and is subject to the exclusive jurisdiction of the English courts.

If you no longer wish to receive notifications from Priority, turn this feature off in your device settings.

Legal Promoter: Telefónica UK Limited (O2). Priority Prize Draws are in no way affiliated with or sponsored by Apple Inc.