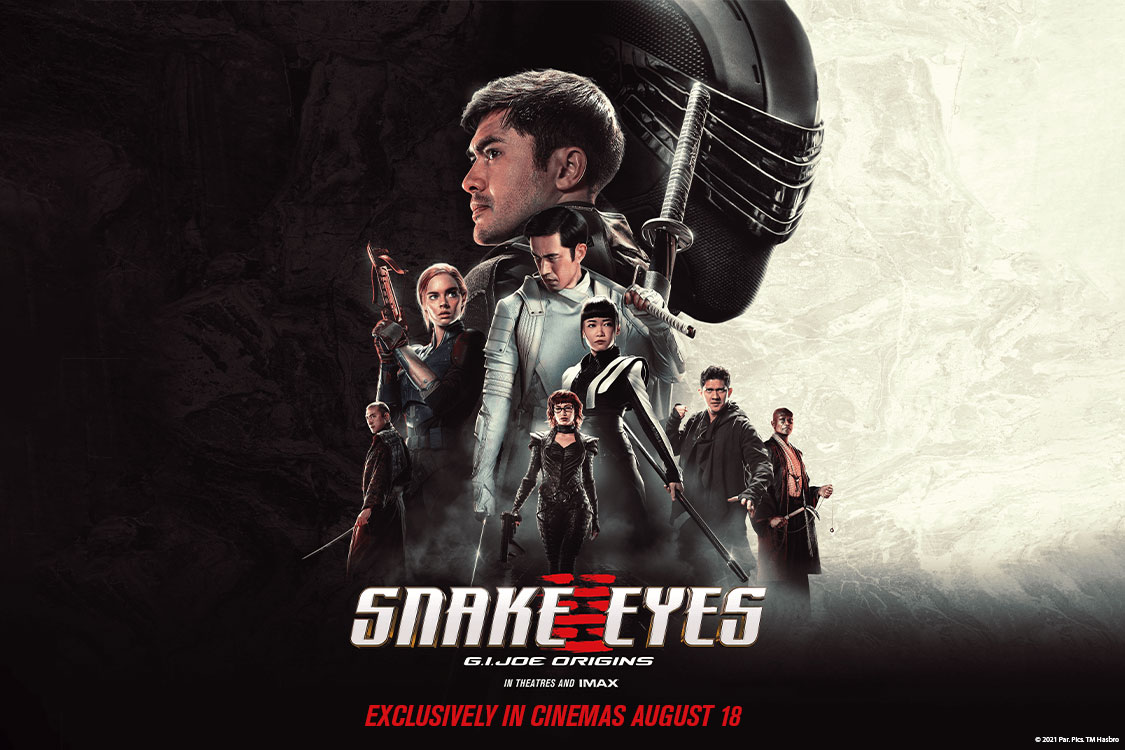 Winners can bring 19 mates - we’ll throw in the popcorn

Missed spending time with your mates? You won’t want to miss out on this one then.

We’re giving you a chance to win a once in a lifetime prize: an exclusive private screening of Snake Eyes: G.I. Joe Origins for you and 19 of your mates. You will get to choose the Odeon cinema most convenient for you and your gang and we will throw in some snacks and drinks to make the day even more special.

G.I. Joe Origins stars Henry Golding as Snake Eyes, a tenacious loner who is welcomed into an ancient Japanese clan called the Arashikage after saving the life of their heir apparent. Upon arrival in Japan, the Arashikage teach Snake Eyes the ways of the ninja warrior while also providing something he’s been longing for: a home. But, when secrets from his past are revealed, Snake Eyes’ honor and allegiance will be tested - even if that means losing the trust of those closest to him. Based on the iconic G.I. Joe character, Snake Eyes: G.I. Joe Origins also stars Andrew Koji as Storm Shadow, Úrsula Corberó as The Baroness, Samara Weaving as Scarlett, Haruka Abe as Akiko, Takehiro Hira as Kenta and Iko Uwais as Hard Master.

Eligibility Criteria: The promotion is open to members of Priority who are UK residents age 16+.

Number of Winners: Three. Each winner can bring up to 19 guests.

If You Win: The winners will be selected in a random draw and will be contacted via the same email address/ phone number you used to enter the Prize Draw from 27/08/21. If you don’t respond within 48 hours of us contacting you, you will be deemed not to have accepted the prize and another winner will be drawn. The winners will be contacted by PromoVeritas, a promotion verification service.

Prize Draw T&Cs: Entry into this Prize Draws entitles you to the chance to win a private screening of Snake Eyes: G.I. Joe Origins at a local Odeon cinema for up to 20 people. There will be three winners in total. Prize includes free drinks and popcorn, for up to 20 people, at an agreed Odeon cinema close to winner’s location. Winners will be contacted via the email/telephone number used to enter.

The names of all Priority Prize Draw winners are hosted here: http://promowinners.com/o2priority. These details are updated as quickly as possible once the winners have been confirmed. Once the prize has been drawn, the promotion will stay live for at least a further 24 hours to allow you to check if you have won.

These terms and entry instructions incorporate and apply in addition to the General Terms applying to all Priority Prize Draws (see https://www.o2.co.uk/termsandconditions/rewards/o2-priority-prize-draws-general-terms-and-conditions). In the event of a conflict, the General Terms shall take precedence. This Prize Draw is governed by English Law and is subject to the exclusive jurisdiction of the English courts.

Priority Prize Draws are in no way affiliated with or sponsored by Apple Inc.