Embrace the magic of the outdoors with a wild adventure

Spring sunshine got you hankering for the great outdoors?

Much Better Adventures have some ideas to fill your world with adventure. 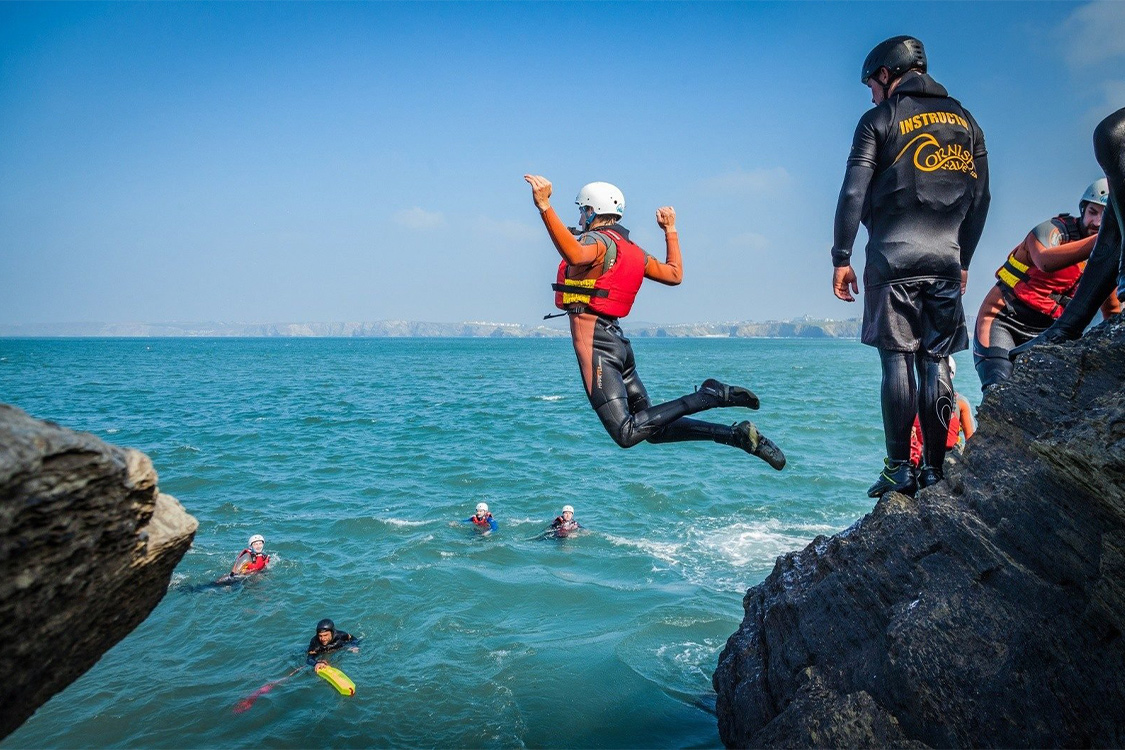 10 Weekend Adventures in the UK

If you’re short on time off work and big on adventure, an epic weekend somewhere in the wilds of the UK is a great way to scratch that adventure itch. Much Better Adventures have pulled together 10 ideas that run the length of the British Isles, to help maximise your annual leave.

For many, the United Kingdom is a cute and fluffy country where the most dangerous predators are the noble badger and marauding packs of Morris Dancers. Dig a little deeper, however, and you soon discover wild mountains, wilder waters and some of the most spectacular coastline imaginable, all just waiting to be explored.

Going on an adventure doesn’t mean you need to go on an all-out expedition. Modern-day living doesn’t tend to lend itself to many of those, and unless you quit your job and run to the hills, it’s likely you just won’t find the time.

A weekend adventure can fit in around normal life, it’s the espresso shot of adventure, ideal for perking you up and keeping you going until the next big one comes around.

You could challenge yourself in the Scottish highlands with some serious peak-bagging along the Glencoe Skyline, or learn survival skills on an uninhabited island in the Kyles of Bute. Hop on a bike and try bikepacking through the Peak District, or along the infamous London to Brighton backroads. Wherever you’re based, the options are endless -  and this is the perfect time to explore the wilds of our fair Isles.

So if you’re looking for a proper adventure and want to stay relatively close to home, then here are just some of the amazing adventure weekends taking place in the UK this year. 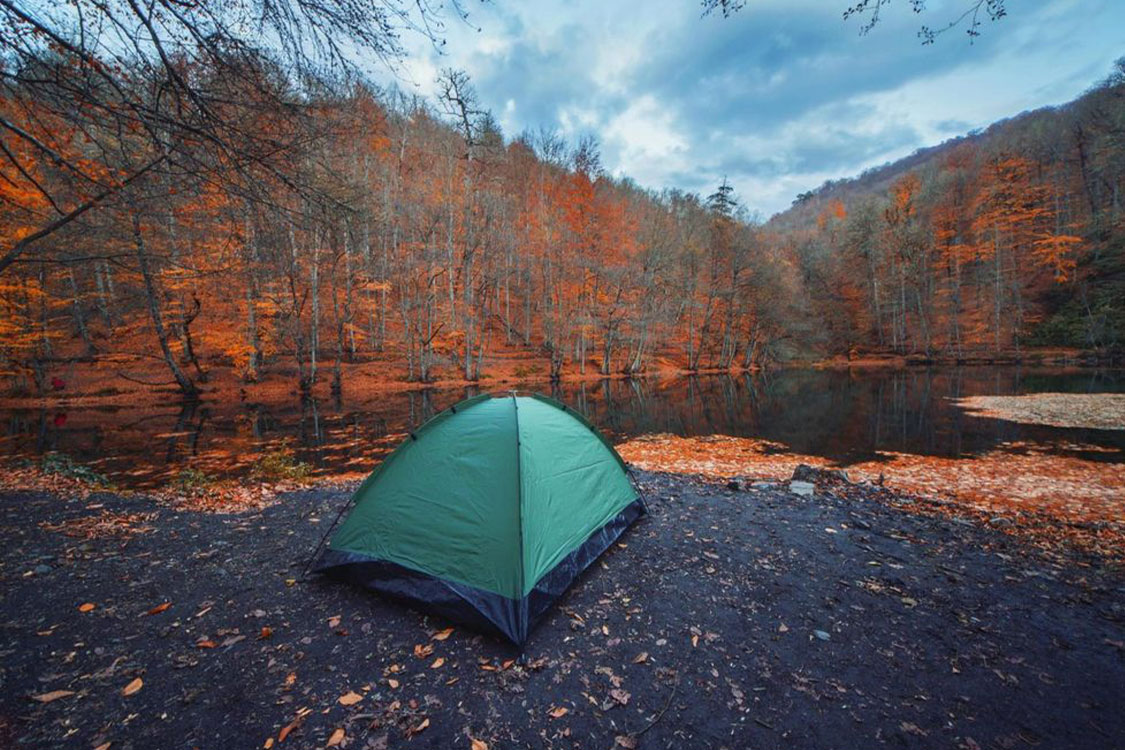 Can You Go Wild Camping in the UK?

Wild camping is becoming increasingly more popular in the UK, but where can you go? And more importantly, is it allowed? Much Better Adventures have put together this handy guide so Priority members know what’s what.

So you want to go wild camping? Heading off into the wilderness, with nothing more than a bivvy, a torch and a dream? Spending nights outside in remote places disconnects you from the worries of the day-to-day and does wonders for the mind. Imagine getting some zzz’s beneath a roof of stars and then waking up with the dawn chorus - It’s camping as it should be done. It’s camping as it’s been done for millennia.

But is it allowed? Depending on where you are in the UK, attitudes range from completely accepted to very illegal. Truth is, it’s a bit of a minefield.

At its heart, wild camping is spending a night in a very small tent somewhere far away from civilization. Your tent should be so small you can’t stand up in it. You will arrive late to pitch your tent (usually after a day’s hike) and leave early in the morning. Make sure no one can tell you’ve been there and you’ve done the job well. That means no open fires, no leaving rubbish or waste. 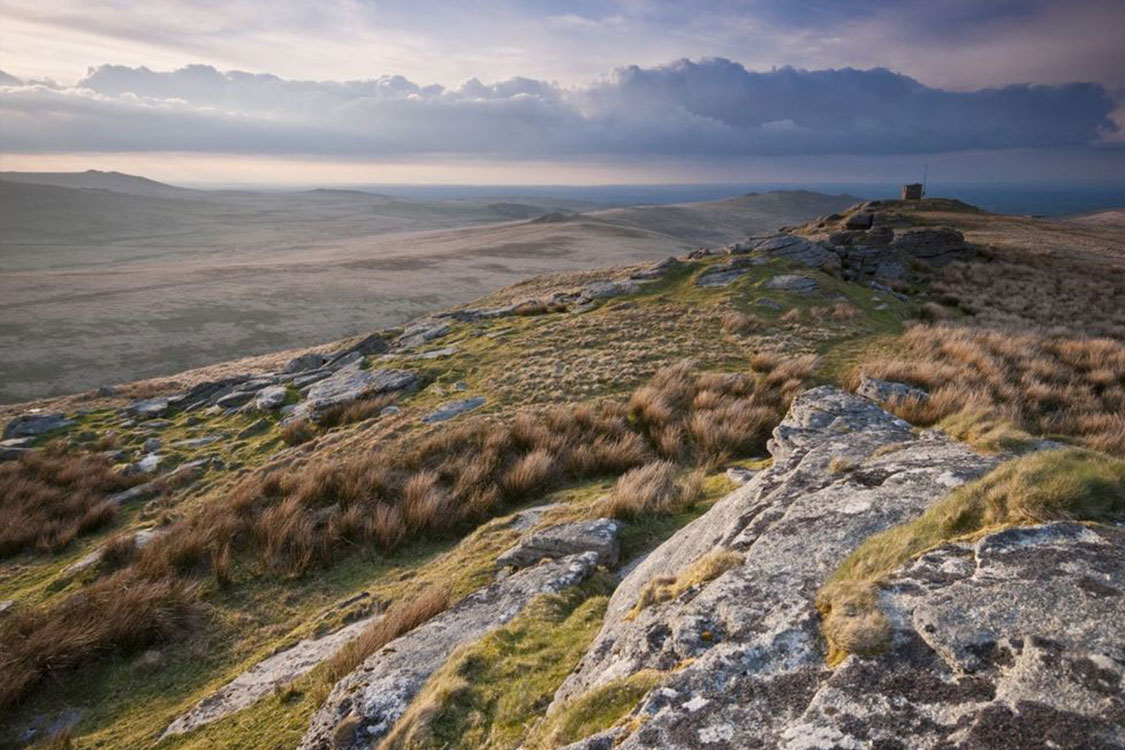 Today we still have Common Land and you still have the right to roam it – but not to camp without permission. There’s also something called Open Access Land. In 2000, the Countryside Rights of Way Act came in. This gave the public access to Common Land and land mapped as “open country” like the mountains, fells and moorland of the UK.

This gives access for walkers, but explicitly excludes camping without permission. But – and here comes the big but – different areas have different bye-laws. These are local laws giving permission to do certain things in specific areas and under certain conditions. Each country in the UK also has its own separate attitudes towards wild campers.

Here’s the lowdown on exactly what you can do and where you can go in England, Scotland, Wales and Northern Ireland.

See the full guide on Much Better Adventures 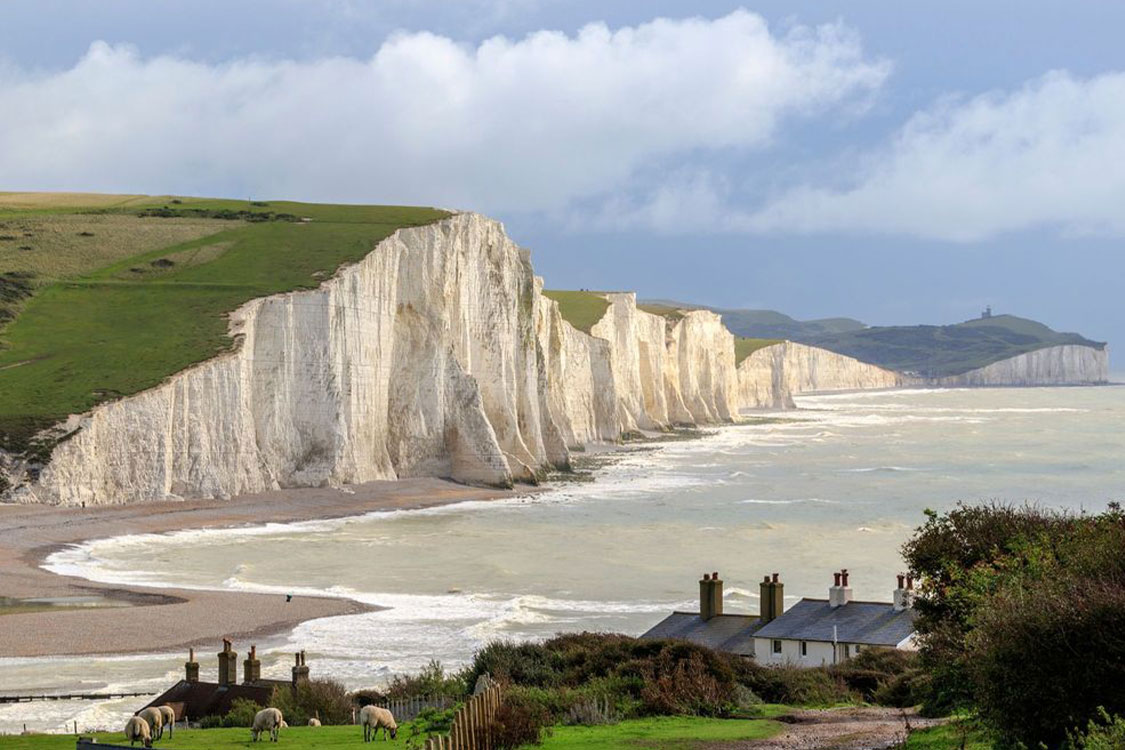 5 of the Best Day Hikes close to London

Looking for hikes near or around London? Much Better Adventures have got you covered. Here are some great adventures within a train’s ride of London to help our Priority Members get out of the city and onto the trails.

Hop on a train, and within an hour and a half you can be whisked away to the peace and tranquility of the deep English countryside - think rolling hills and ocean paths, babbling brooks and ancient forest. Vast expanses of green, with nothing but the breeze and the odd drill of a woodpecker for company. It’s a breath of fresh air in every sense of the word.

Having a good few days hikes in your locker is essential for any outdoor enthusiast living in London. It’s easy to forget that beyond the urban sprawl there’s a whole heap of amazing hikes virtually on your doorstep - with the South Downs National Park, the Surrey Hills and the Chilterns (both with Areas of Outstanding Natural Beauty status) among some of the closest.

If you are planning to replace the city for the wild, make sure you have done your research with a map of your own, and learn to read it too - GPS won’t cut it when your phone dies and you're lost in the sticks. You should also always leave plenty of time to get yourself home again (beware of replacement bus services), dress appropriately and expect the classic British every-weather-in-one-day scenario.

And with that, here are just a handful of great day hikes near London, all accessible by train within 90 minutes. 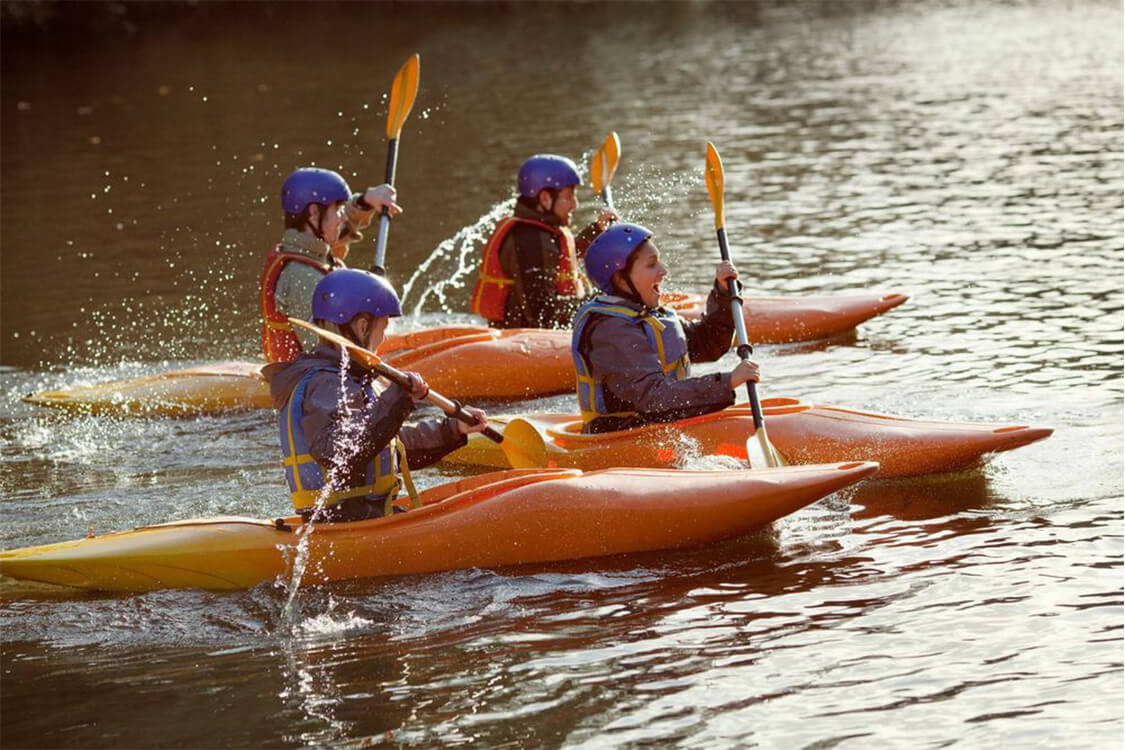 The Best Rivers to Kayak and Canoe in the UK

The UK is threaded with rivers and streams and there’s no better way to explore them than in a boat made for one. Fancy finding out how? Much Better Adventures have pulled together a handful of the best rivers to kayak in the UK, as well as some other beginner tips to get our Priority members started.

There’s something intimate and memorable about kayaking through a stunning, silent landscape, completely inaccessible on foot. Whether it’s the serenity of paddling still streams or the excitement of running rapid rivers, kayaking really is the perfect escape from the hustle and bustle of the daily grind. You’ll hear rare birds, watch the sun dance in the trees and see wildlife play on the riverbank and on the water’s edge.

And if there’s one thing we do have in the UK, it’s water, lots and lots of water. And it winds and flows through mountains and lochs, through fields and fens, from source to the sea. The United Kingdom truly does have fantastic options for every level of paddler. Which feels only appropriate given the regularity of the rain.
As well as the damp conditions though, the United Kingdom is also blessed with a whole host of beautiful backcountry, from the rolling hills of England to the staunch mountains of Wales and Scotland and the remarkable coastlines of Northern Ireland. All of these are veined with rivers, and where there’s a river, there’s a [water]way, and an opportunity to kayak or canoe.

In this article, we’ve not only given you some choice rivers to float your boat, but broken down the licenses you’ll need so you know you’re doing it the right way too. 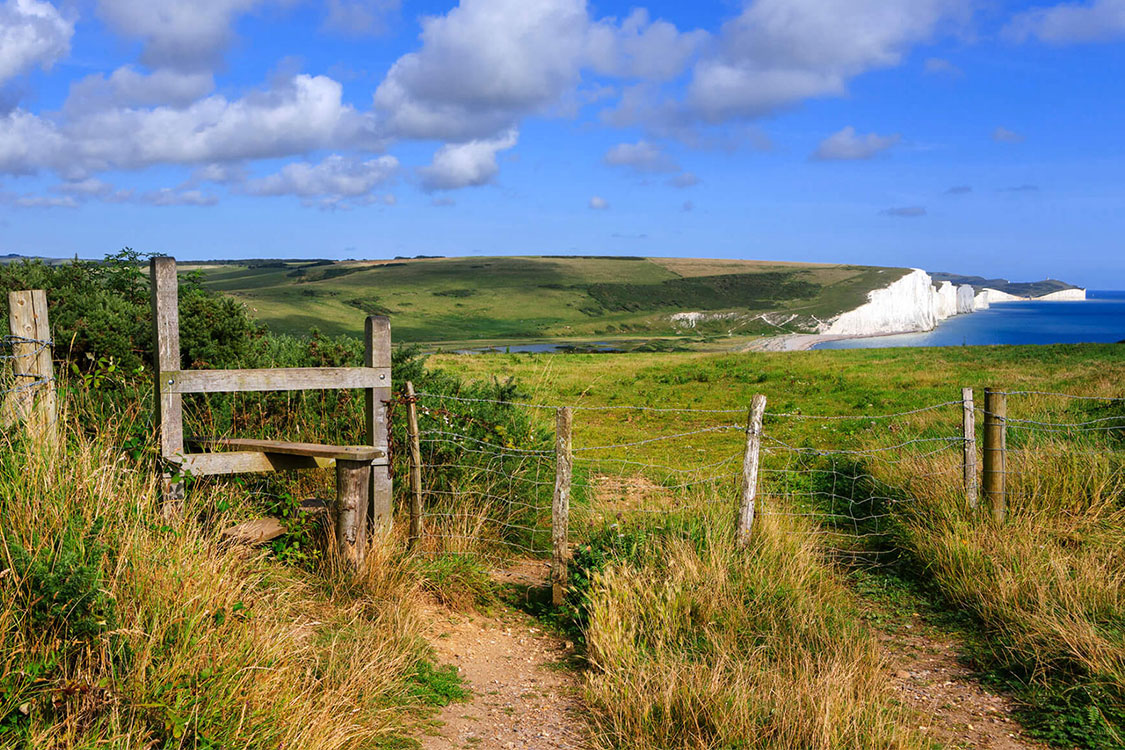 10 of the Best Hikes in the UK

If you don't mind the weather turning on a dial, the UK has a vast array of brilliant hikes to choose from. Want some help in whittling them down to a top 10? Much Better Adventures have pulled together some suggestions to get Priority members inspired.

There’s nothing quite like a good walk. Lacing up your hiking boots and heading into the great outdoors offers a refreshing dose of fresh air, thought-clearing exercise and an unrivalled sense of freedom. Walking is an excellent way to experience a new place, too – you hear birdsong, smell salty sea air and feel the exhilaration of a bracing wind on your face.

The best hikes to enjoy all that good stuff in the UK are a contentious matter. Britain might not have the highest mountains in the world, but it’s certainly got some of the most beautiful scenery – from the rugged wonders of Snowdonia to the famous beauty of the Scottish Highlands. 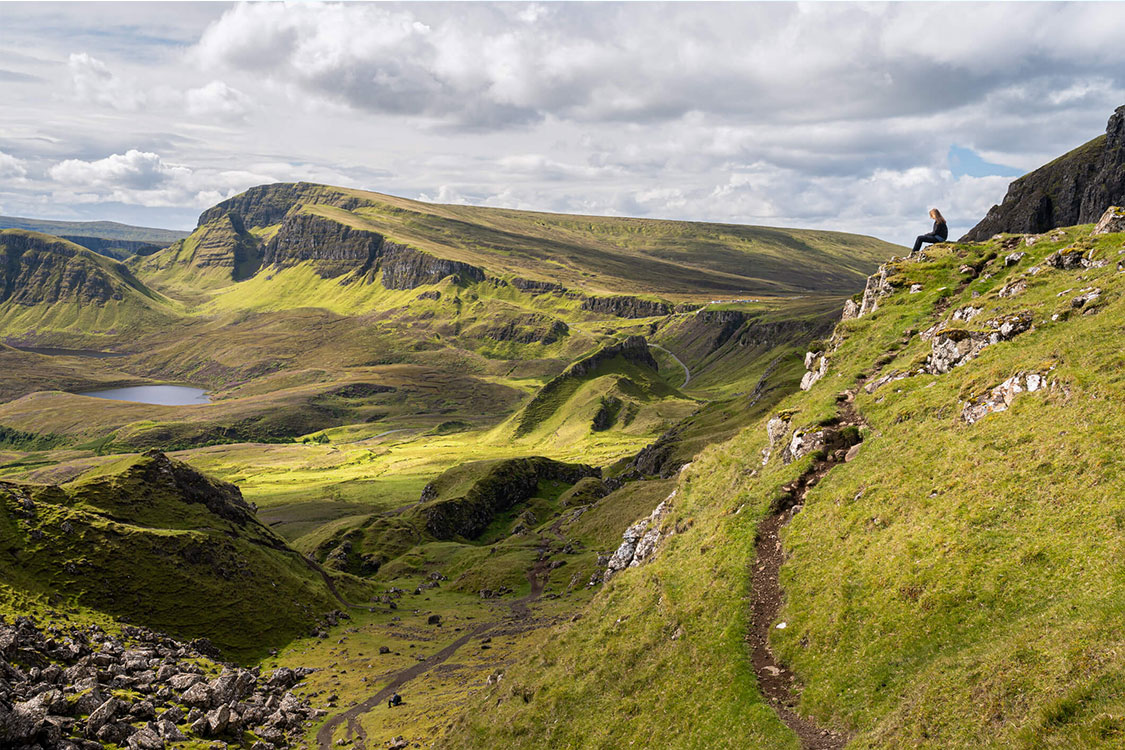 Every hiker will have their favourite, often for very personal reasons. But, if you’re looking for some famous hikes to add to your bucket list, then these are our picks of the best. These are the classics.

These aren’t mere walks in the park – they are bucket-list walks you need to tick off. So if you want to go on a proper walk, here are the 10 best hikes in the UK. 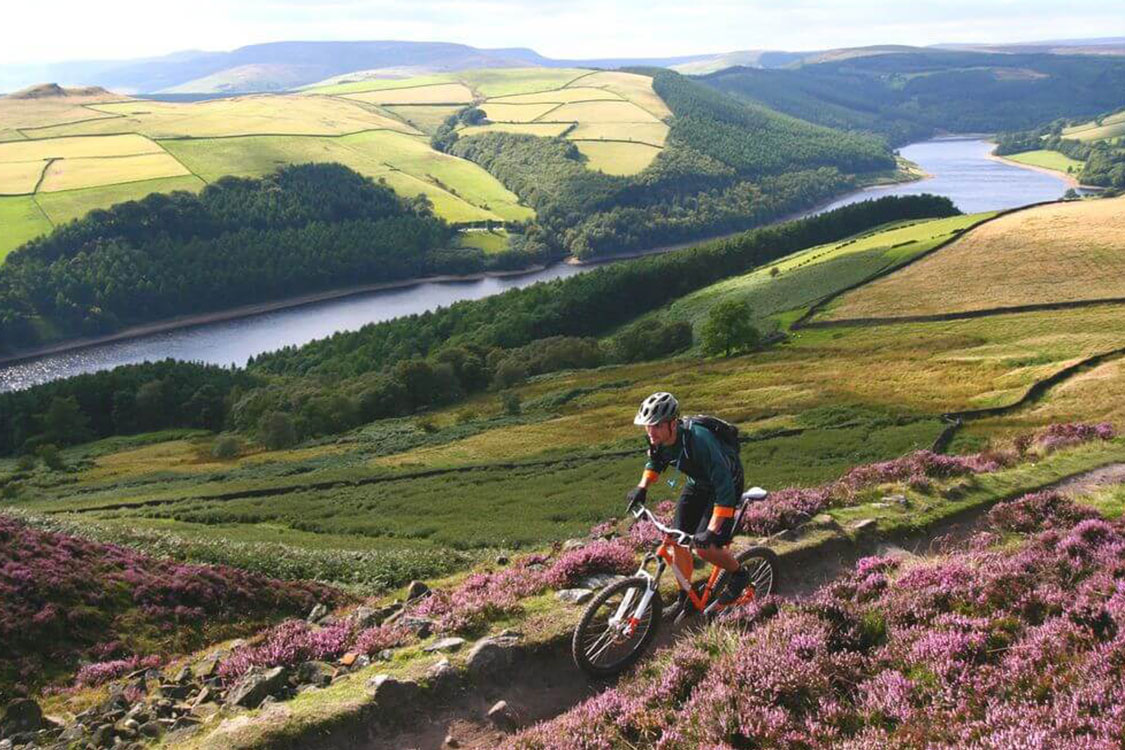 7 of the Best Long Distance Cycle Routes in the UK

There are a whole host of long-distance cycle routes in the UK. Not sure which one suits you best? Much Better Adventures have put together a few suggestions of the best routes to inspire our Priority members.

Travelling on a bike is one of life’s great pleasures. As Ernest Hemingway once said, “It is by riding a bicycle that you learn the contours of a country best, since you have to sweat up the hills and coast down them.” There’s simply no better way to explore the ever-changing quintessential UK countryside than by cycling through it - the undulating hills, the fenland flats, the muddy paths…the potholes. 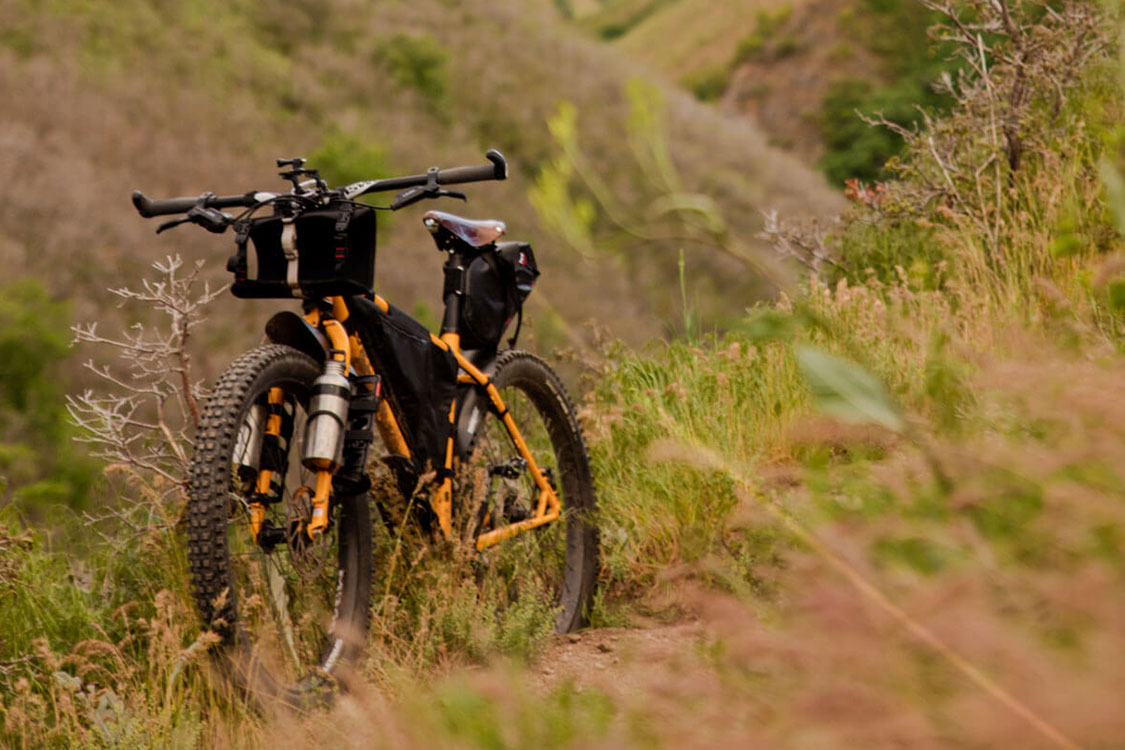 Take the annual London Edinburgh London audax for example, a 1500km self-supported cycle between the English and Scottish capitals. It’s a perfect statistical example of just how much interest in long-distance cycling has grown. In 1989, just 29 people signed up to compete, in 2017, 1500 people lined up to ride the route.

So what’s the best long-distance cycle in the UK? Well, that completely depends on what kind of riding you’re after. Do you want to ride on or off-road? Do you want to cycle up and down mountains or past cliffs and ocean views? Or maybe you want all of the above?

We’ve compiled just a few suggestions of the best long-distance cycle routes in the UK to get Priority members inspired.